It sometimes happens so fast… 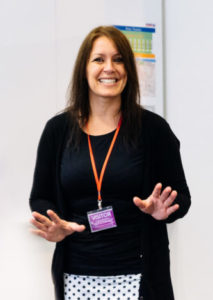 My life was complete at the age of 22 when I was in an exciting job where technology for personal use was fairly untapped territory with huge potential for earning and partying.

Much later on reflection I discovered that the reason for my choice of job could be linked to my deep wish to have a stronger connection to my eldest sister who was a very good mainframe programmer – those were the days.

But the reflection came much later in life so at the age of 22 my life was still complete.

I thought it was, job, flat, boyfriend, money, friends, family.

And suddenly my sister got the diagnosis of MS.

My boyfriend’s brother had MS. He had lived with it for 15 years and was a nationally competing sportman.

My sister was diagnosed in 1990, it took almost a year from her first episode until they diagnosed her with having MS. One year later she passed away.

Two months later my boyfriend’s brother passed away too and I wept. I sobbed so much that the family and friends thought we had been really close. I barelly knew him but I cried for my sister and for my family. My mum and dad who lost a child. My boyfriend and his mum and dad.

Nobody ever mentioned anything about MS being hereditory.

And no one really knows if it is.

However, the consultant who gave me the MS diagnosis said it could not be ruled out since, as he put it, “my sister and I were in the same genepool”.

I was seeing double, I was stressed to shreds, I was grieving for my life that would soon end – just like my sister’s life ended.

Gone were the thoughts that people could live a long time with MS, just like my old-time friend, Lene, did and still does. My thoughts were of loss. My dad cried when I told my parents over the phone. I couldn’t see him but I could hear him in the background.

So a few weeks passed.

My life didn’t end. My vision came back to normal and I started seeing one of everything that should be in ones, all good and back to normal.

But the risk was there.

I changed my life around.

One thing I knew about was laughter and how people always felt so much better in body and mind after a laugther session – myself included.

Back then I only laughed part-time. The Laughter Club in St. Albans ran on a monthly basis, I had my part-time technology job, and the workshops I was booked to facilitate came perhaps twice a month at the time.

I needed to change things!

Looking for inspiration I found Gaga Barnes in the US and I found Jackie Curran in Australia, both were running telephone laughter clubs and having great success with it.

After speaking with Jackie I was ready and started The Telephone Laughter Club in the UK where we began laughing at 7am to 7:10am every morning, on weekends at 8am to 8:10am.

Knowing that laughter is a real mood lifter and stress buster I wanted to create a structure for me to create laughter every day and it was a godsend.

People experience all sorts of benefits from improvement in mood, friendships and workplace satisfaction to more physical benefits such as clearing up two years of suffering from constipation.

MS was in my life and it may still be but I count my blessings every day when I experence no setbacks or relapses. My health is great and I recover from any bruises and viruses faster than before I started laughing every day.

We may not laugh on the phone at weekends any longer but we are still laughing on the phone – Monday to Friday at 7am to 7:10am.

I wouldn’t be without it!

Thank you to everyone who have laughed over the years and who continue to be a Telephone Laugher. We create different structures for our daily laughter practices and telephone laughter may not be for you but please get in touch to find other ways of creating a wonderful habit of laughter and life balance.